Cllr John Akker, Chair of the Town Council's Bradwell Working Group reports that Rolls Royce has announced plans for Small Nuclear Plants (SMRs) to be established at Bradwell. Cllr Akker says that he agrees with a statement made on 17th November 2022 by Professor Andy Blowers, Chair of the Blackwater Against New Nuclear Group (BANNG). Cllr Akker referred to SMR's, as they are called, at a meeting with Cllr King, Leader of Colchester Borough Council, when they met earlier this year.

Professor Blowers said:
Rolls Royce announced on 9th November that it is eyeing up Bradwell as a potential site for the deployment of four to six so-called (and currently non-existent) Small Nuclear Reactors (SMRs). This proposal, if it ever came about, would place up to six nuclear reactors on the Bradwell site, and they are hardly 'small' since each reactor would be close to the size of the old Bradwell A station. Together these reactors would comprise a nuclear complex larger than the massive proposed Bradwell B currently under consideration for development by the Chinese company, CGN.

The Town Council will be considering the situation at its meeting next month.

Consultation closed on 4 April 2021 - for further information from the Environment Agency, including the consultation survey link: click here

Background: New nuclear power stations
Government is responsible for the UK's energy policy and it set out its current position in the December 2020 white paper, "Powering our Net Zero Future". In the white paper government highlights the need to address climate change urgently and it sets out the strategy for wider energy systems so as to achieve the UK's target of net zero greenhouse gas emissions by 2050. The strategy includes a continuing and future role for nuclear generation to provide reliable clean electricity and it sees a potential additional role for advanced modular reactors (AMR) to provide high temperature process heat in the future. As it encourages the development of new nuclear power stations, it has asked regulators to assess the safety, security and environmental impacts of new reactor designs before they are built.

Regulating new power stations
As regulators of the nuclear industry, we are working with the Office for Nuclear Regulation (ONR) to ensure that any new nuclear power stations built in the UK meet high standards of safety, security, environmental protection and waste management.

Assessing new nuclear power station designs
Our assessment process - ‘Generic Design Assessment’ (GDA) - enables us to scrutinise new nuclear power station designs before they are built. It means we can identify any potential design or technical issues early and ask the reactor designer to address them. The assessment of a design takes around 4 years. At the end of the process we will say if a design is acceptable or not.

GDA's technical assessments are carried out jointly by ONR and EA, with EA working on environmental aspects of GDA.

Any company that wants to operate a nuclear power station has to show that it can build, operate and decommission it safely, protect the environment and manage radioactive waste.

It must obtain a number of site-specific permissions from regulators and government. These include a nuclear site licence and relevant consents from ONR and environmental permits from the EA. The company will also have to obtain planning consent and other approvals from the Department for Business, Energy & Industrial Strategy's Secretary of State.

If we, ONR and EA, receive applications for development of new nuclear power stations at specific sites we will carefully consider those proposals and take into account the work we have done on GDA when making decisions about whether the proposals are acceptable at each site. We won’t issue a site licence or environmental permits unless we are satisfied that the site-specific proposals and the proposed operating company meet our high standards.

For further information from the Environment Agency, including the consultation survey link: click here

West Mersea Town Council have responded to this application which has been made very much in advance of a proposed new nuclear power station being built at Bradwell.

Residents should be aware that the Bradwell B Consultation closed on 1st July 2020.

Our initial reaction to the the consultation documents is one of huge concern around the scale of the proposal, and in particular the potential impact of the two cooling towers at the northernmost part of the development.

The cooling towers will have a substantial impact on both the visual environment and marine ecology.

Having concluded that the Blackwater Estuary is too shallow to employ direct cooling and having abandoned the option for direct cooling via lengthy tunnels to deeper water the decision has been to proceed with indirect cooling utilising a hybrid cooling tower system – with twin towers at 50-60 metres (c. 200ft). 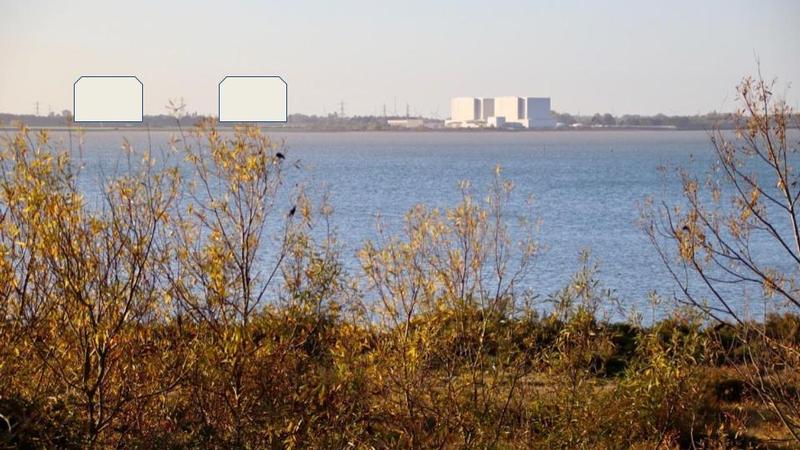 Other areas of specific concern include:

People and jobs: With an expectation that up to 4,500 of the workforce will need to be accommodated near the site during the building phase, and Mersea Island just within the 90 minute car journey to the development site there is concern that there would be issues of increased traffic of temporary workers during the build period.

Light pollution: With such a vast industrial installation with an unobscured view from Mersea Island it is inevitable that there will be excessive light pollution both during construction and operation.

Transport: WMTC has grave concerns that if both Sizewell C and Bradwell B were to be given permission by the Secretary of State within 2 or 3 years of one another that the main traffic corridors could be overwhelmed. This would lead to particularly the A12 east and westbound becoming gridlocked in both directions.

The impact of the site on the community and indeed region’s infrastructure with road and maritime traffic has not been considered adequately – the impact on the region’s economy by traffic disruption to the A12, A120, A130, M11, A13 and M25 not to mention the Dengie Peninsular itself is incalculable.

The likely negative impact on the fishing and tourism industry created by large supply ships has also not been considered adequately.

Mersea has a number of world renown Oyster businesses that supply nationally and export internationally and WMTC has major concerns that the development would irreparably damage these businesses.

The area is within the largest Marine Conservation Zone (MCZ) in England and within it is the Essex Native Oyster Restoration Initiative (ENORI). ENORI has implemented a 200ha ‘Blackwater Restoration Box’ 500m south of West Mersea specifically to recover native oyster beds.

Any substantial increase in sea transport will have a detrimental effect on the local marine, water-based leisure and tourism businesses.

The proposed jetties would present navigational issues for all users of the estuary whether they be involved in sport or movement of commercial vessels traversing the area to or from docking up-river.

Consultation process: WMTC believe that residents have not been given a substantial opportunity to gain insight into the proposal or be able to form a response to the BRB questionnaire.

West Mersea has an older demographic with the highest percentage of over 75 year olds in Colchester Borough. Further to this 15% of the population do not own a car. Many do not have their own internet access and can only do so at public libraries (all closed for public access once the consultation public events were abandoned). Furthermore, a significant number of elderly residents suffer from a range of disabilities which makes responding next to impossible.

The COVID-19 pandemic prohibited further face to face public exhibitions from mid-March 2020 on with no prospect of reversing by the revised closing date of 1st July 2020 for questionnaire submissions.

It is clear that a high proportion of this community was unable to engage with your team fully. They stress that a face to face interaction is essential for them to understand the extent of the proposals before being able to respond to the questionnaire. Therefore, we maintain this Stage One Consultation is insufficient.

WMTC also wishes to make the point that this Consultation and associated documentation does not convey it was designed primarily to engage with the public that would be affected by this development. Instead it promotes an illusion that decisions have already been taken by the government that are ‘definite’ rather than ‘potential’.

You can still contact us by telephone and email at other times.